Hey Everyone! Long time no chat. Wedding season has been kicking my butt lately and I feel like I haven’t been on here in forever!

I shot an AMAZING wedding on Saturday, and then Sunday, Kent and I headed downtown for a little overnight “staycation”. 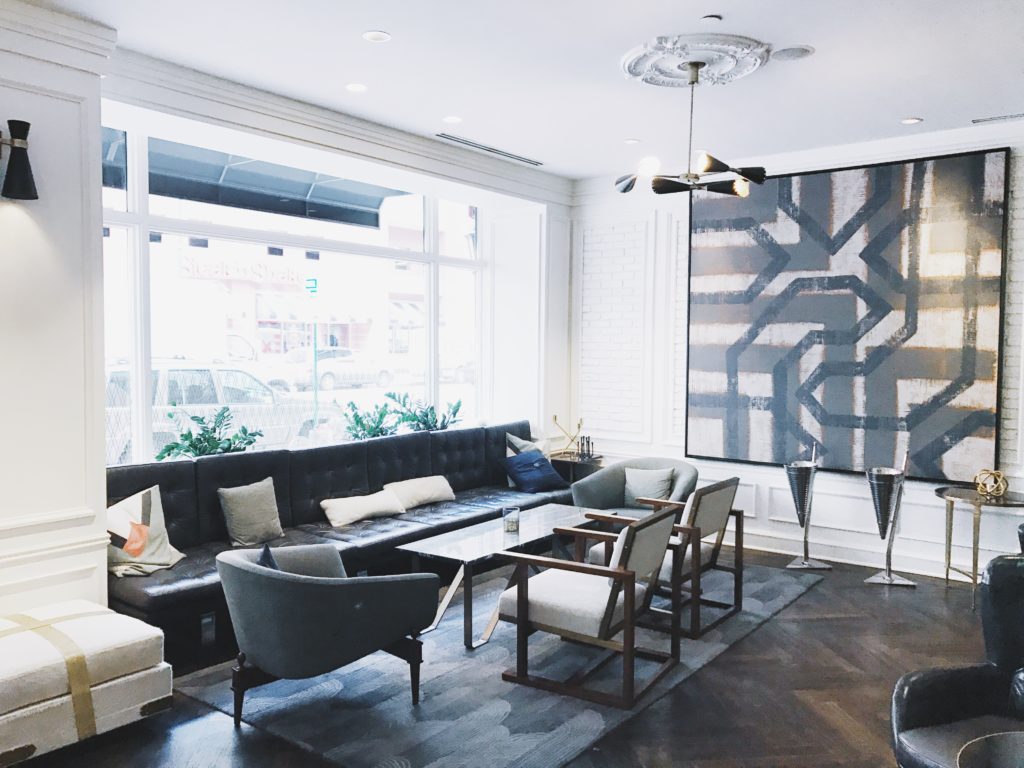 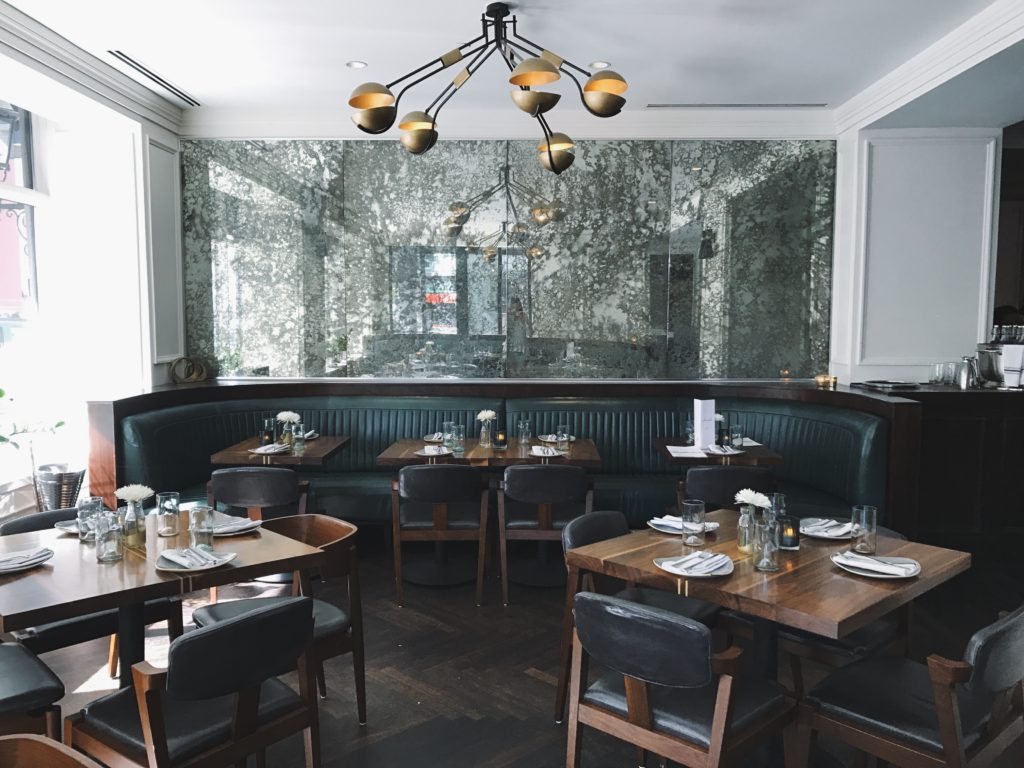 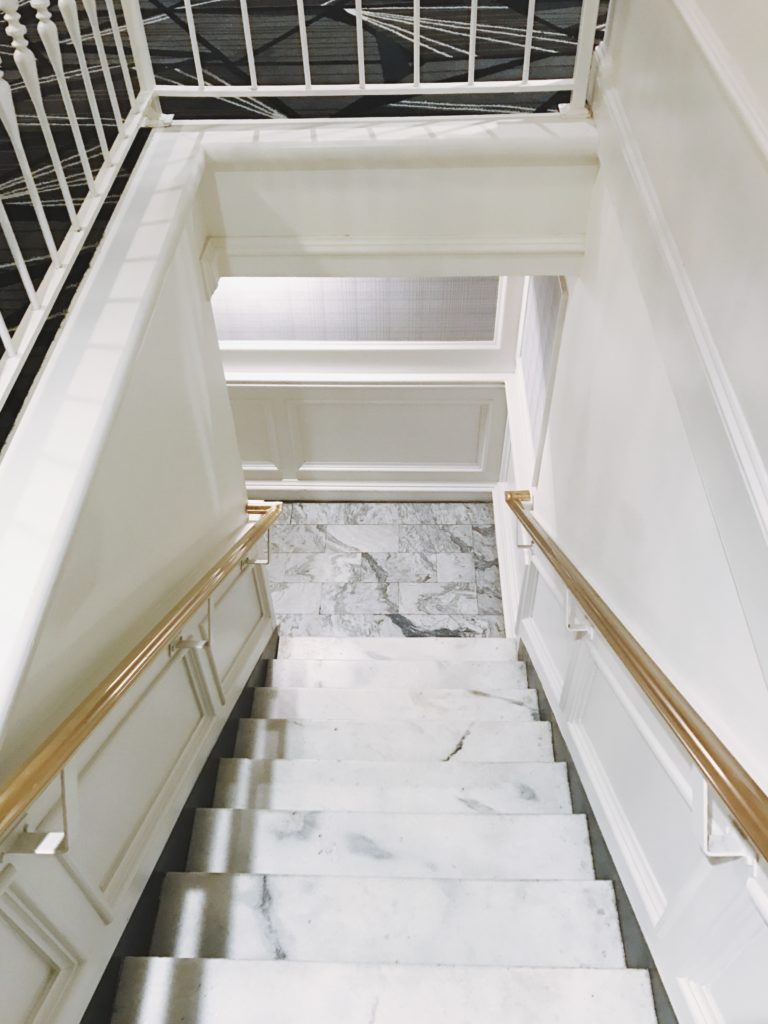 We stayed at the Le Meridian in Downtown Indianapolis. It was our first time there and we LOVED it! The whole place just has such a cool vibe.  It was perfect because we were headed to the Bruno Mars concert on Sunday night and it was only 2 blocks away so we could just walk to the venue. They have a really pretty restaurant/bar downstairs in the Lobby, and a Starbucks next door so the location is ideal.

View from our room.

I didn’t even think about getting a picture of our room until we were leaving, so excuse the mess. It was prettier when we checked in. 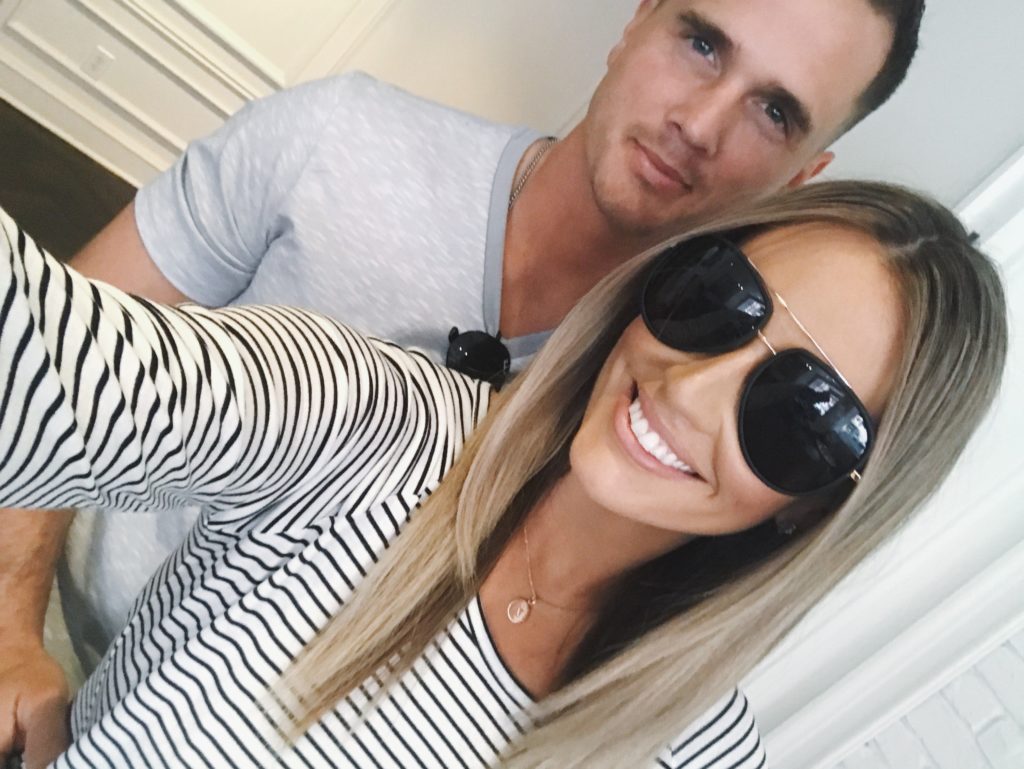 I had a few questions about these sunnies on my Snapchat/Instastory. I LOVE them. The metal bars are more of a rose gold color which I’m really loving right now.  I was really surprised when I saw the price. I think they look much more expensive in real life. 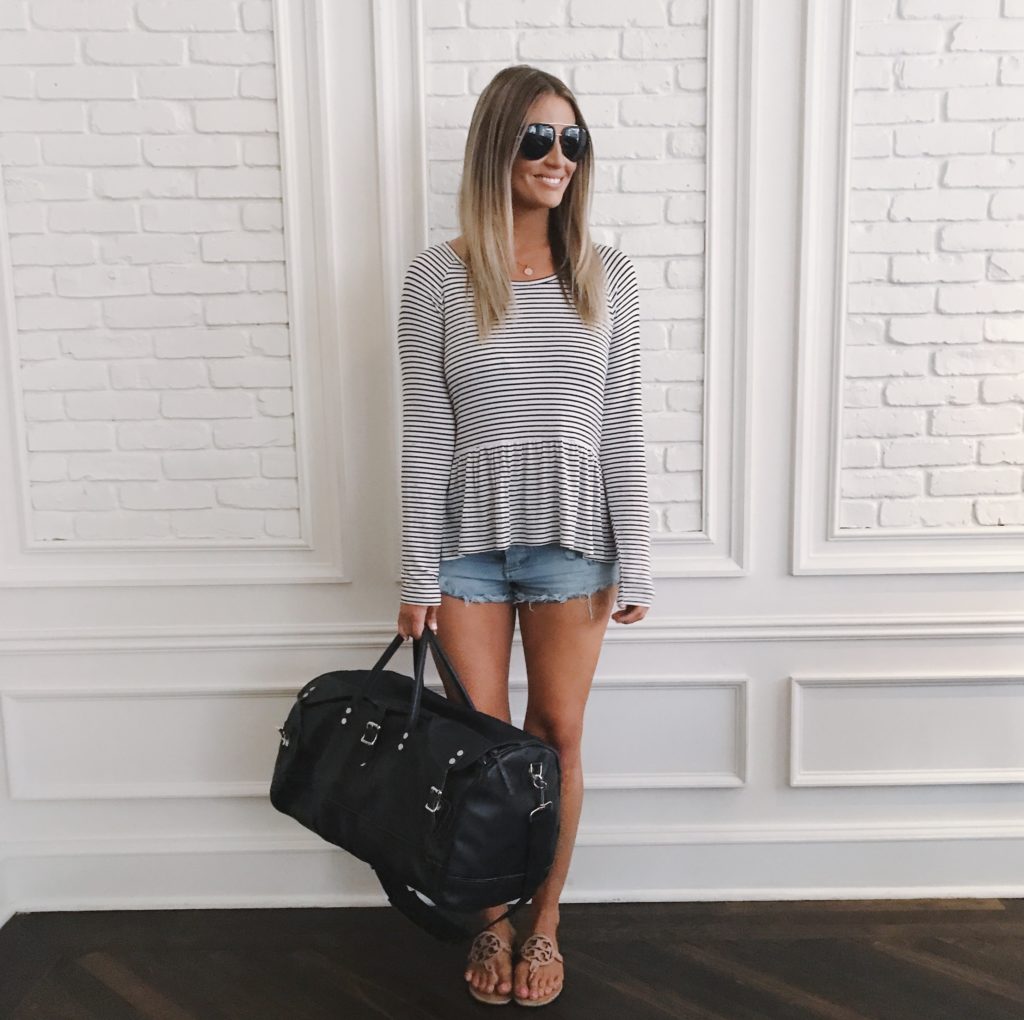 This Peplum Tee ($35) was so soft and comfy for our drive into Indy. It was sold out in most sizes but it just restocked in all sizes (xxs-xxl).

My flip flops were a bit of a splurge for me this Spring, but honestly, they were worth it. I have worn them SO MUCH already. I got them in the color “makeup”. 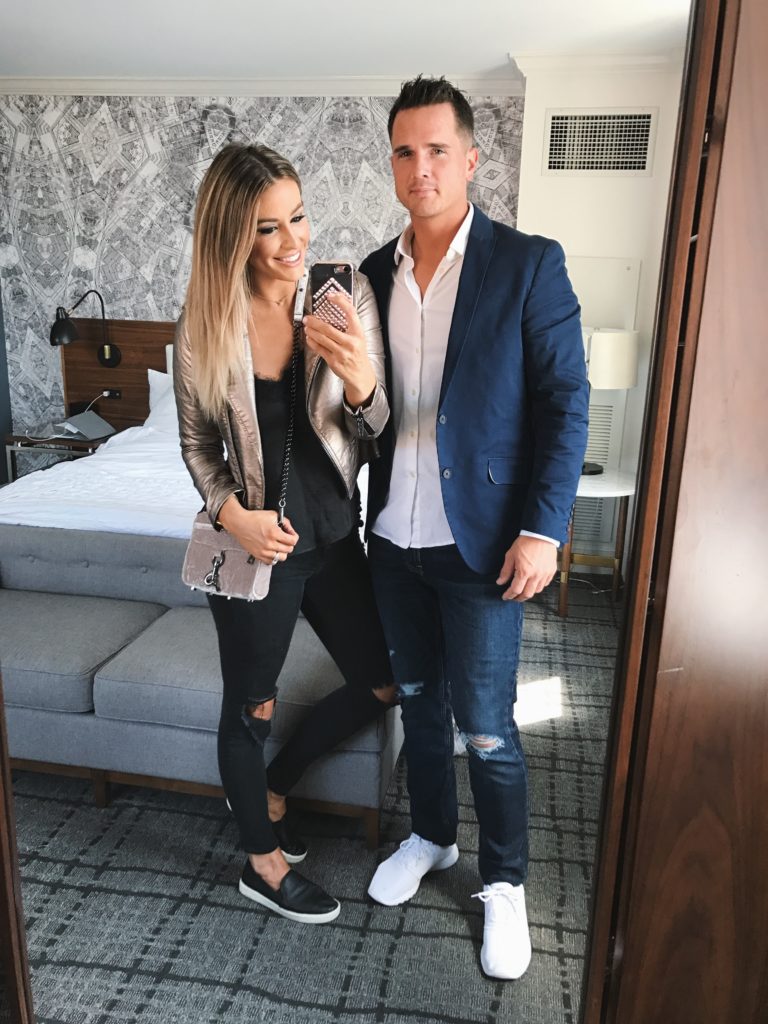 Bruno-bound feeling “smoother than a fresh jar of skippy”. 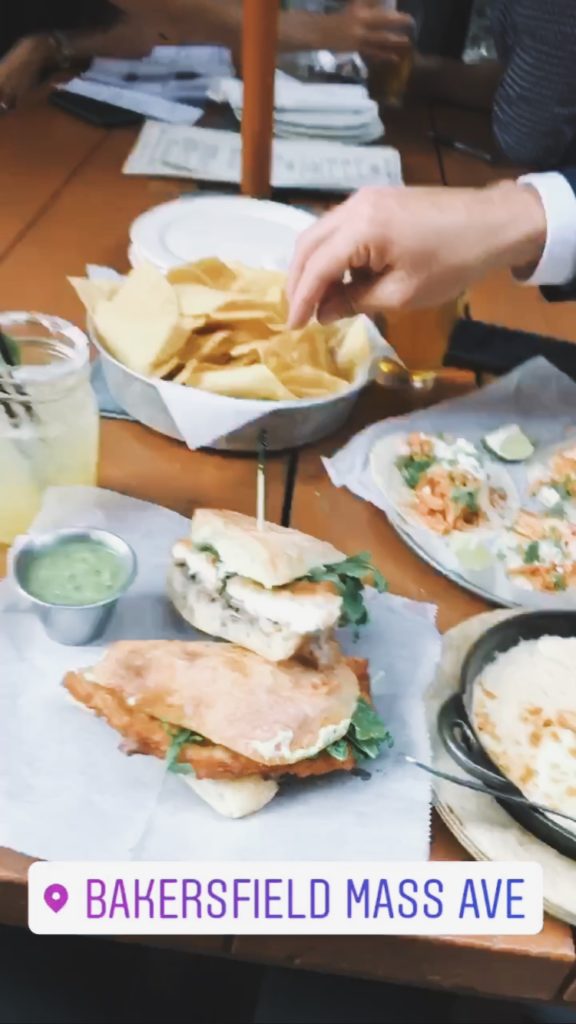 First Stop: Bakersfield. They have our FAVORITE queso and margaritas. 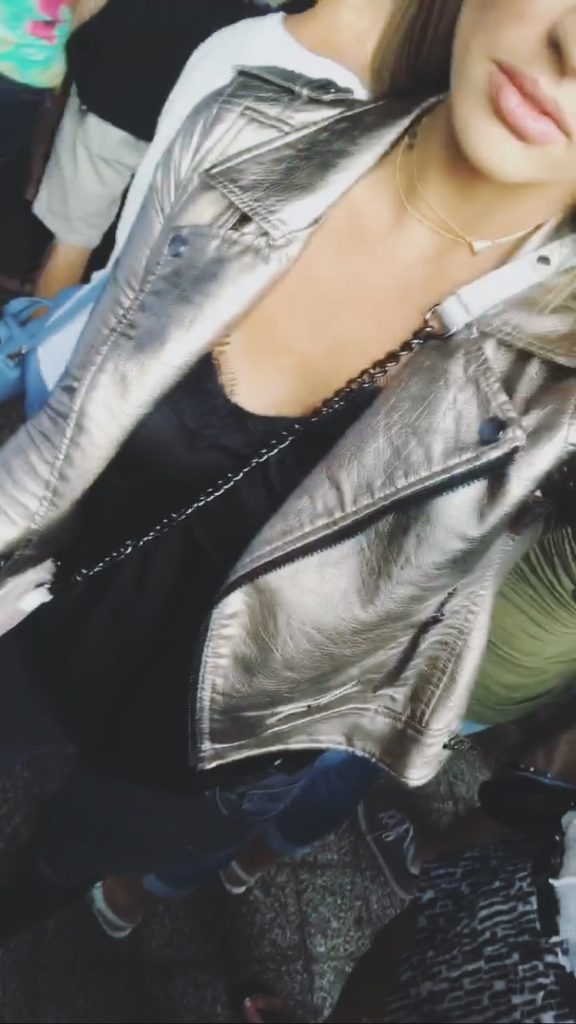 If there was ever a time to wear a metallic leather jacket, it’s a Bruno Mars Concert right?  I LOVE this one.

So Kent loves Bruno Mars. Like REALLY loves Bruno Mars. Kent is also the hardest person to buy gifts for because he never tells me anything he wants, and if he does want something, he just goes out and buys it without me ever knowing. So last Fall, I came up with the great idea to get him Bruno Mars tickets for Christmas. He always says he’d rather go somewhere or do something together versus a traditional gift, so I thought this would be perfect.

I splurged and got us REALLY GOOD TICKETS for the concert Sunday night. I bought the tickets, watched the money come out of my account, and got my confirmation email. I’ve received a bunch of emails since purchasing them counting down the days until the show like “100 Days until Bruno Mars!” etc…Yesterday morning I got a final email with instructions for downloading or printing my tickets (we did both). The last concert we went to was in the Summer of 2012, so this isn’t something we do often and we’ve both been so excited for this.

So we got to the venue last night, scan our tickets aaaaannnnnddd they tell us they’re no good.

I purchased them off a site called Vivid Seats. It’s the same as like Stub Hub, a site that people use to resell concert/event tickets. I’ve used Stub Hub before but it was my first time using Vivid Seats. They had the best seats available  though and when I purchased them it said they were guaranteed by Ticketmaster, so I felt confident using them.

Anyway, apparently the person who sold them to me online was a SCAM ARTIST who purchased the tickets, then resold them to multiple people online. Then, once they had all of our money, they returned the tickets to the box office for a refund. So the original tickets had already been resold to someone else and they said we would have to file a complaint with VividSeats.com.

Kent, in his usual fashion, was all, “It’s ok. Don’t worry about it.” But I was SO upset. Who does that? I’ve never heard of this happening before and I felt so dumb and pissed off.

The lady at the box office told us that they had opened up some more seats and she could still sell us tickets to the show, so we decided to buy the only seats she had for $500 (kill me) after I had already spent $600 last Fall (crying).

We are still waiting to hear back from Vivid Seats so I’ll be sure to keep you guys posted on what happens. Hopefully we can get our money back. I’m just so annoyed that this even happened. We missed the opening acts completely and our tickets weren’t nearly as good as the ones I had originally purchased.

Ok, enough whining. We shook it off and still had so much fun. 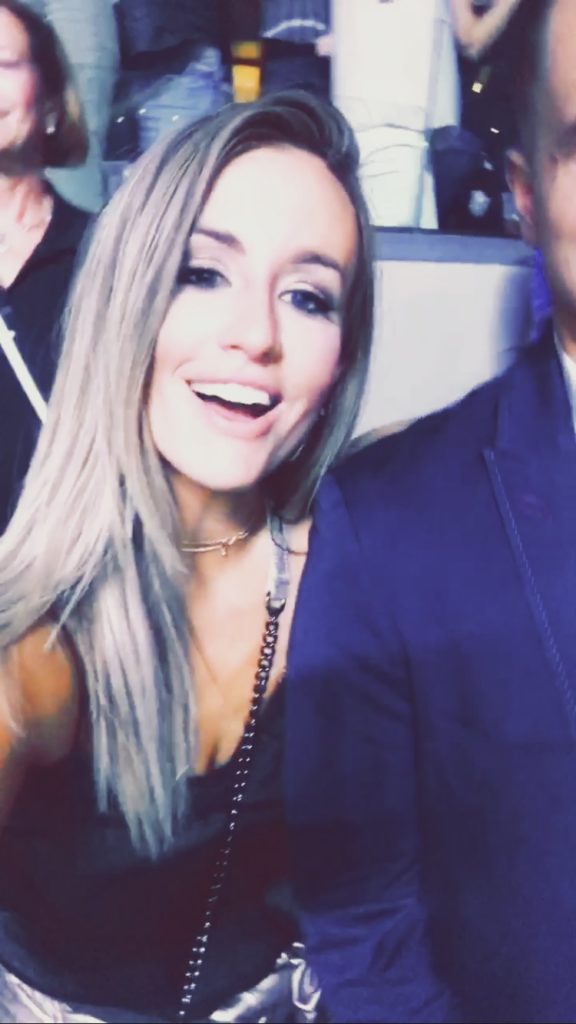 I just realized I only got videos of us during the concert so here’s a crappy screenshot. Lots more footage on my Snapchat (Sarah_Knuth) and Instastory.

The concert was SO GOOD. Kent was crying the whole time and ripping his shirt off just like I though he would be. <–Kidding 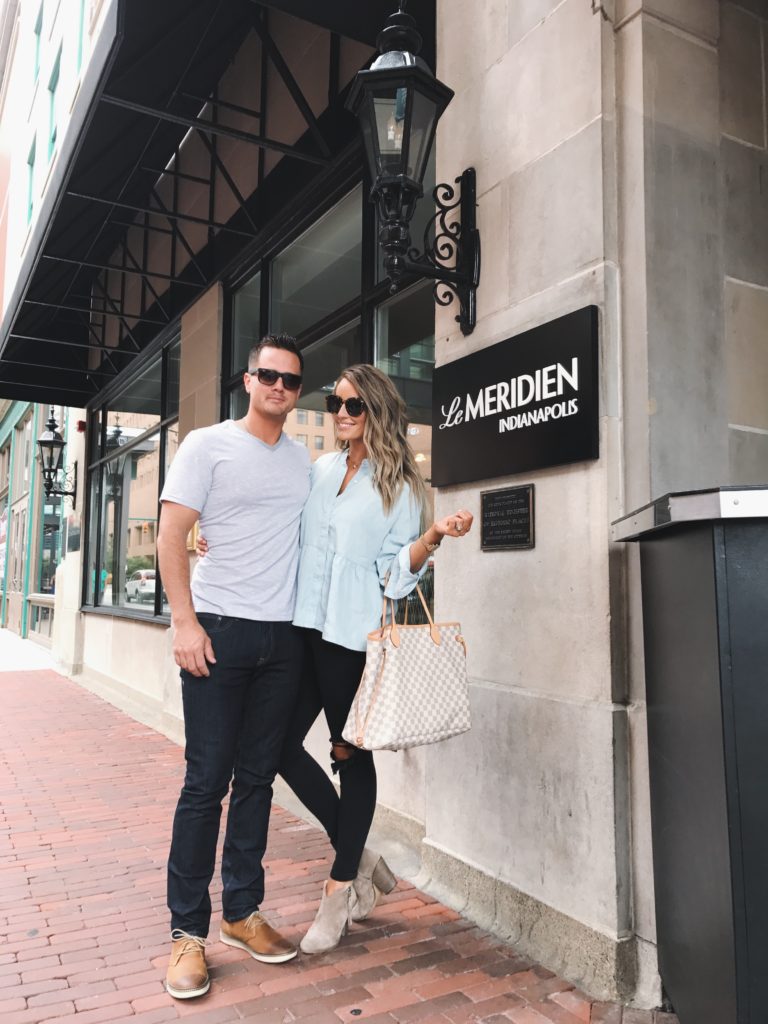 Quick snap this morning heading to get some brunch. I’ll get some better shots of this outfit posted to Instagram soon. I love this chambray top (can you tell I’m on a peplum kick lately?) and this picture does not do it justice. 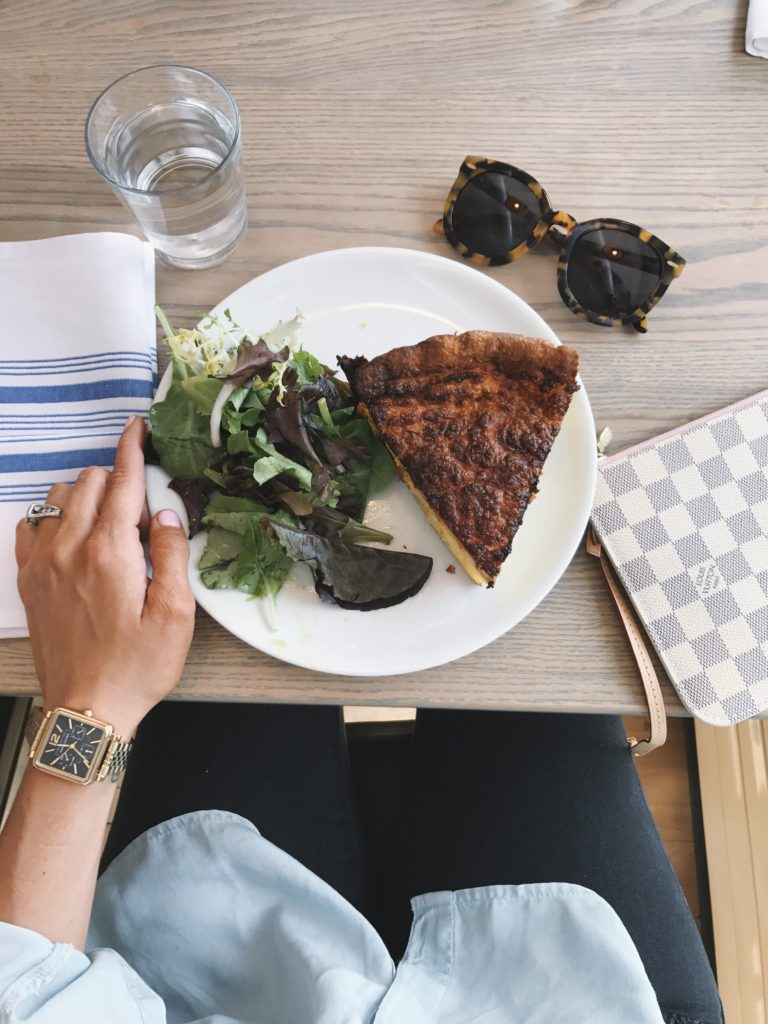 I used Kent’s meal/plate for this photo since it was was more photogenic than my big plate of bacon. 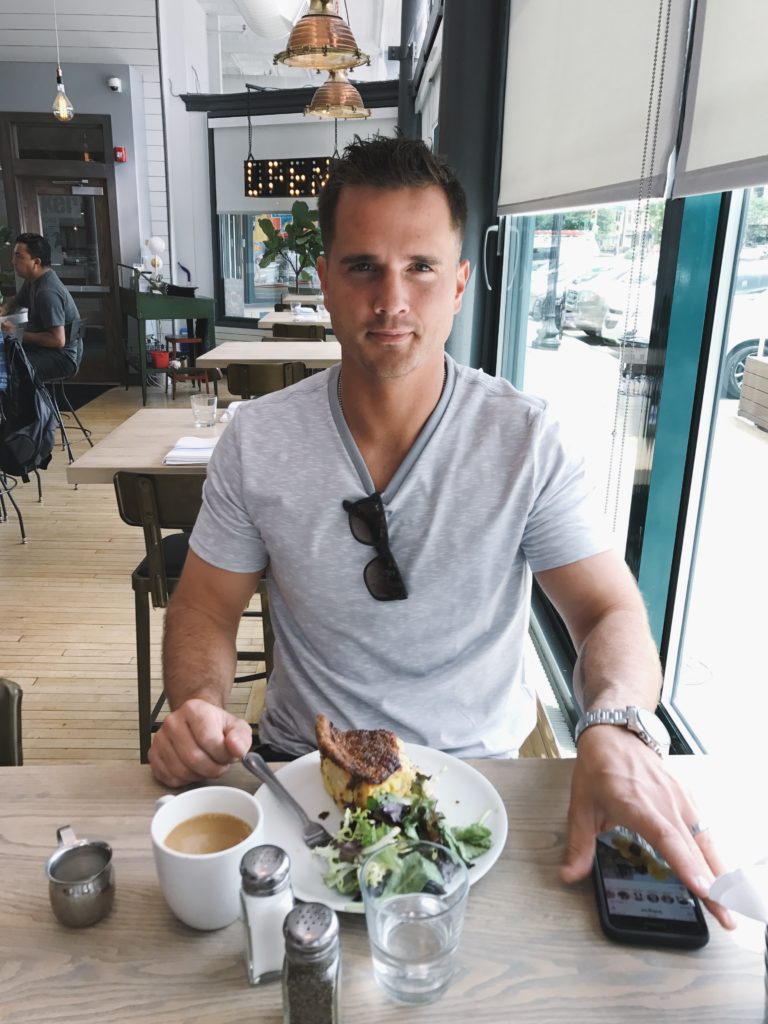 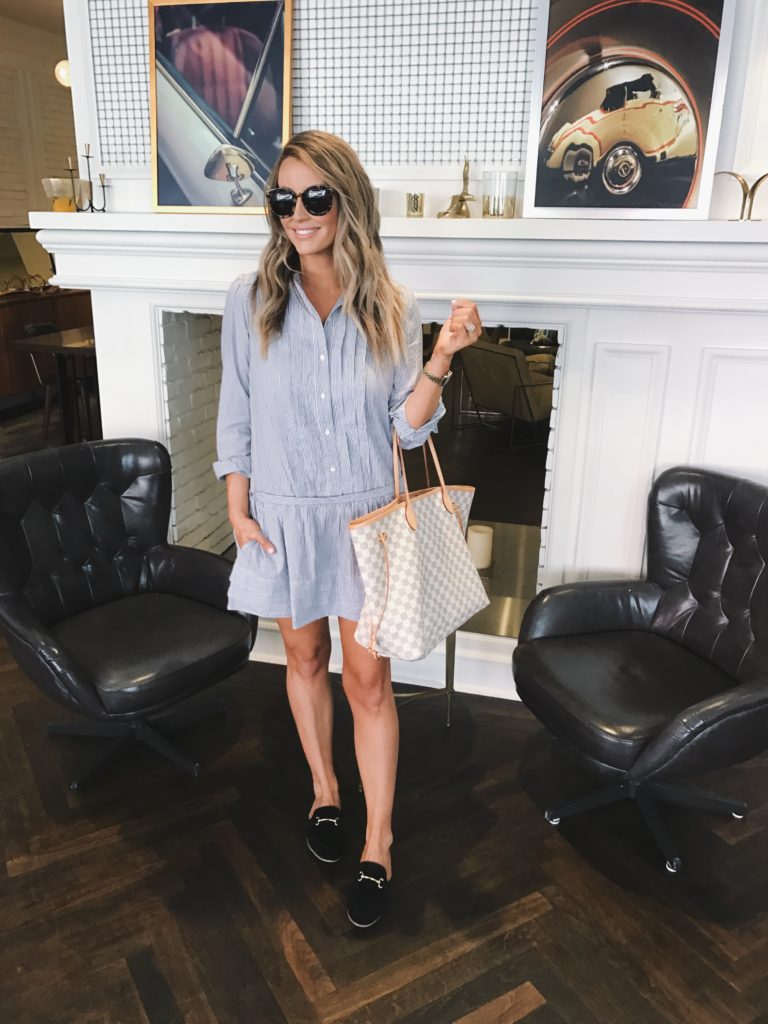 Headed home to my babies!

I hope you all had a fun-filled weekend! Has this ticket thing happened to any of y’all? I hope not because it really SUCKS but I also kind of hope it has so I won’t feel so dumb.

Cozy and Confident | A collaboration with Evereve

Our 2018 Christmas Card | A collaboration with Walmart

13 responses to “Livid with Vivid”