The first vacation Kent and I ever went on together was back when we were dating. He joined my family on a Caribbean Cruise and one of the ports we stopped at was Cozumel, Mexico. While we were there, we rented a jeep and drove around for hours exploring the beaches with my brother, sister and future sister-in-law. It’s still one of my favorite days ever. We had so much fun and decided to make it a tradition. So now, every time we visit a new country, we always rent a car for a day or two and just DRIVE. It almost always ends up being our favorite part of the trip, and this time was no exception. 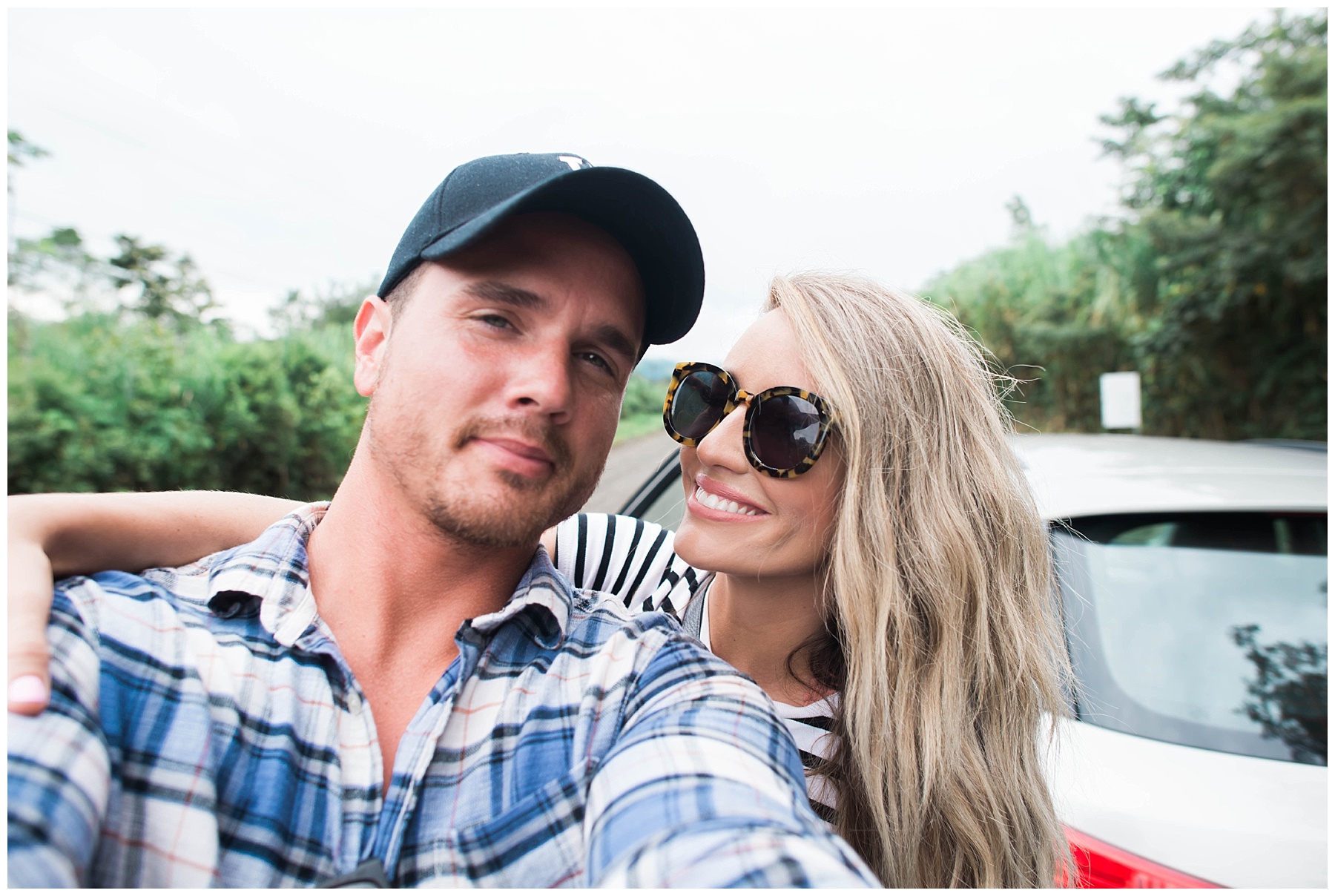 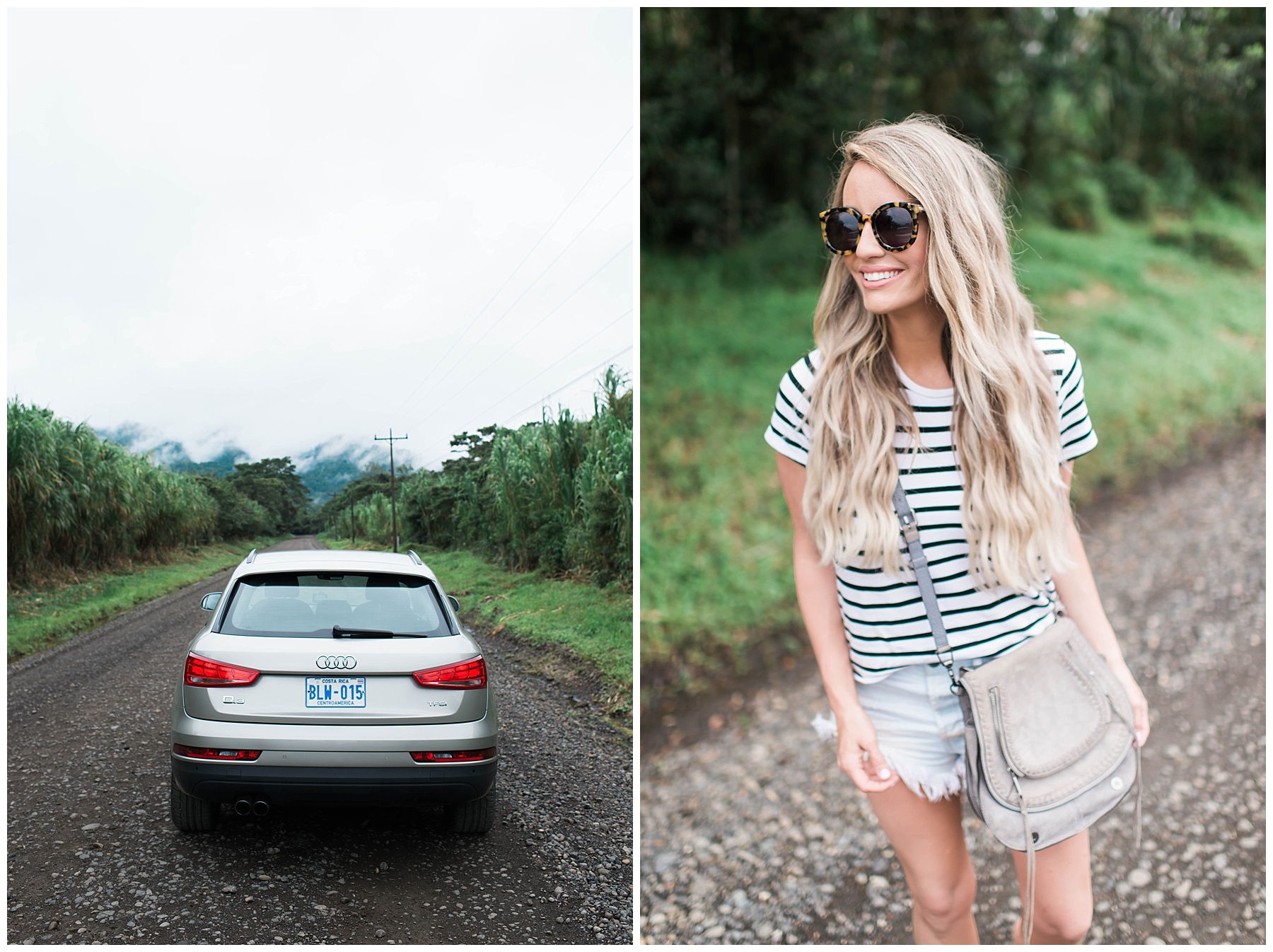 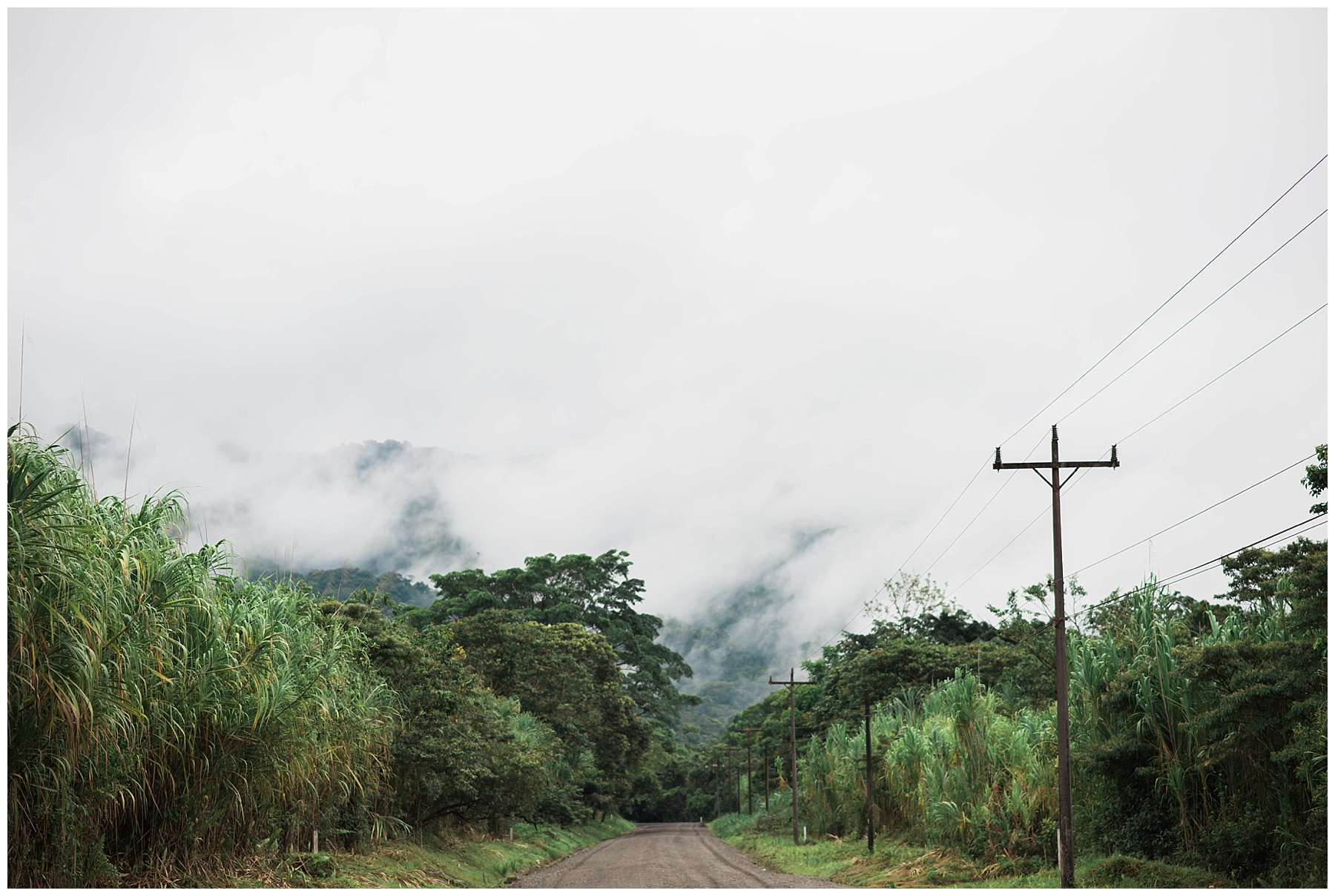 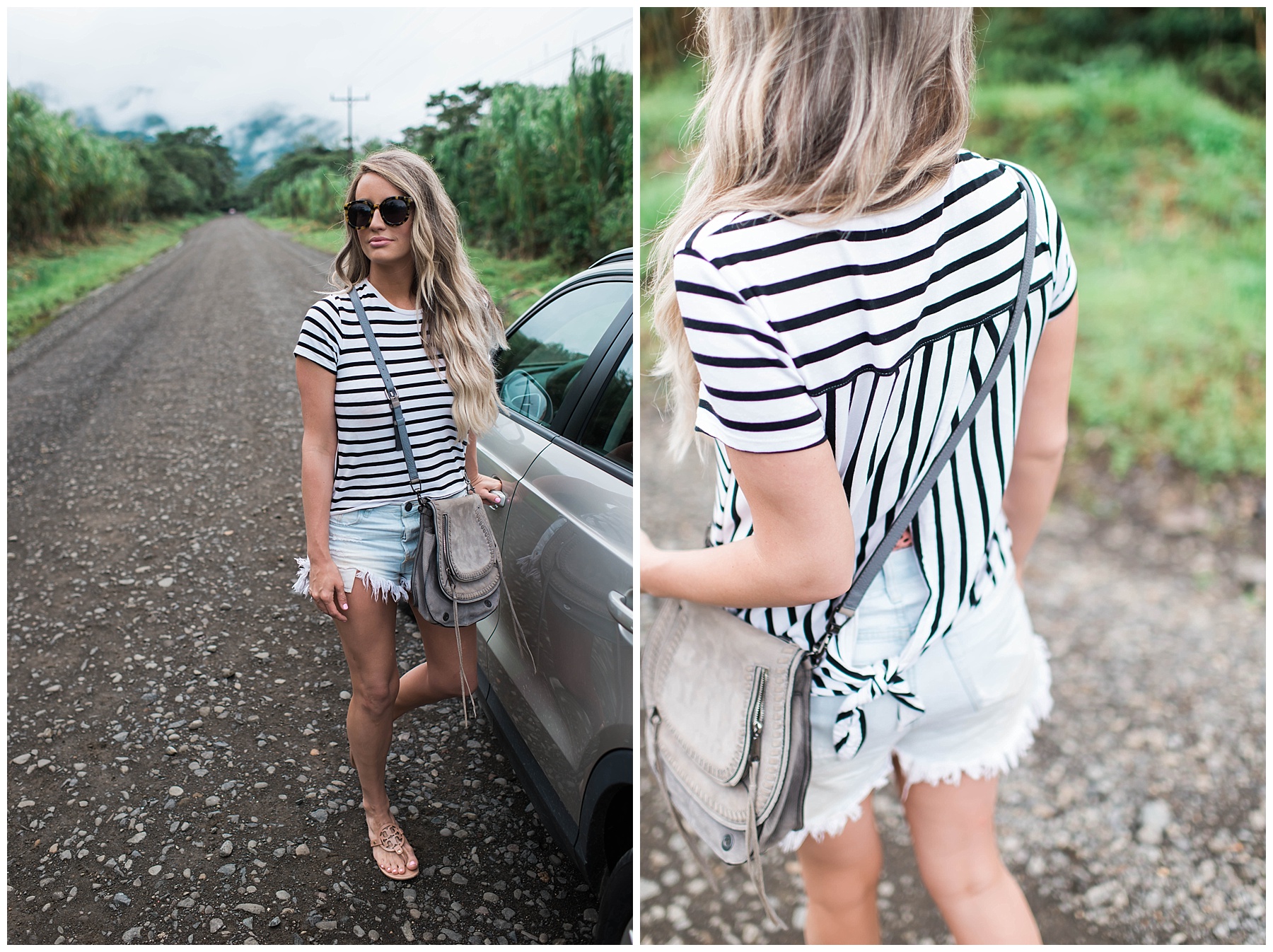 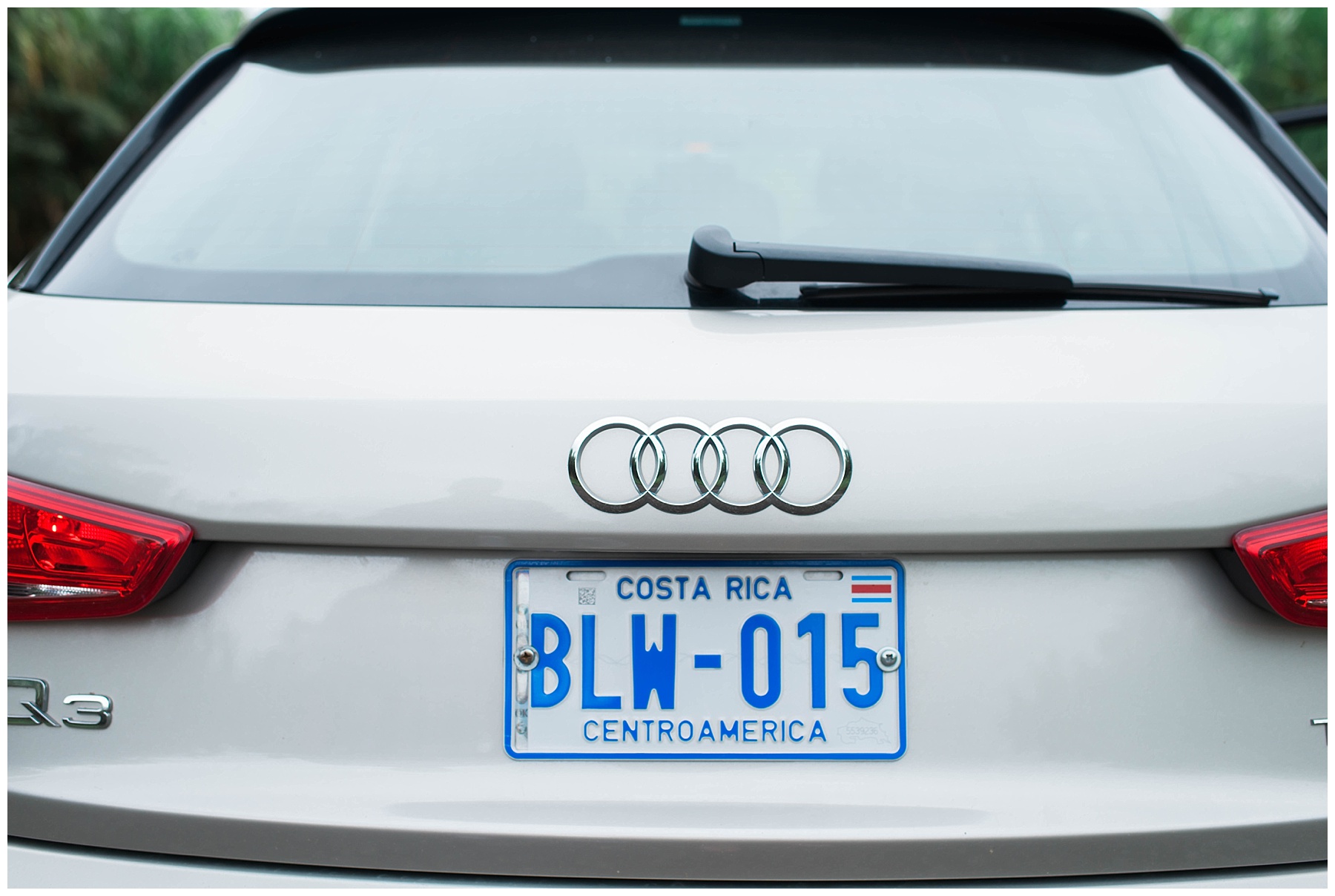 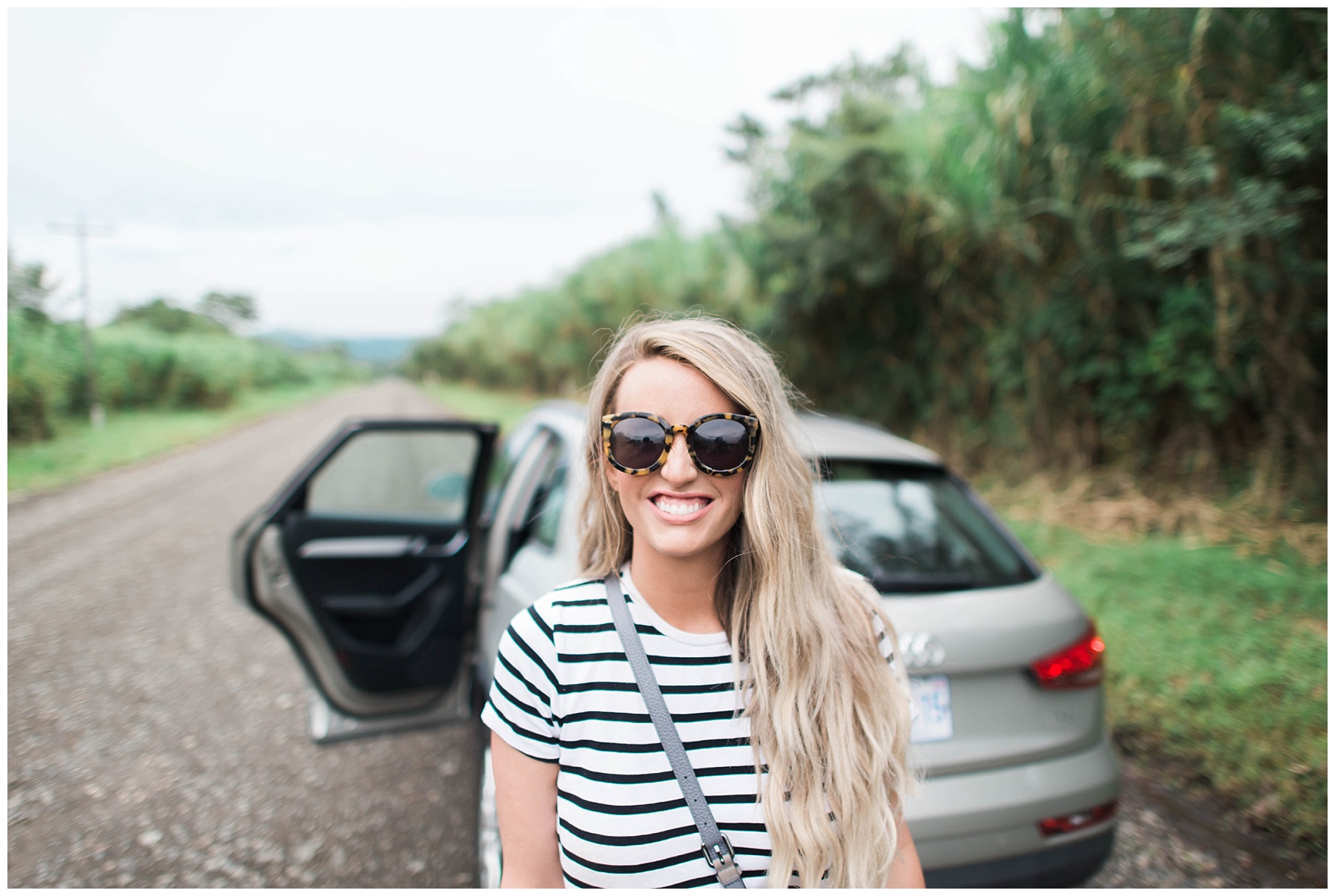 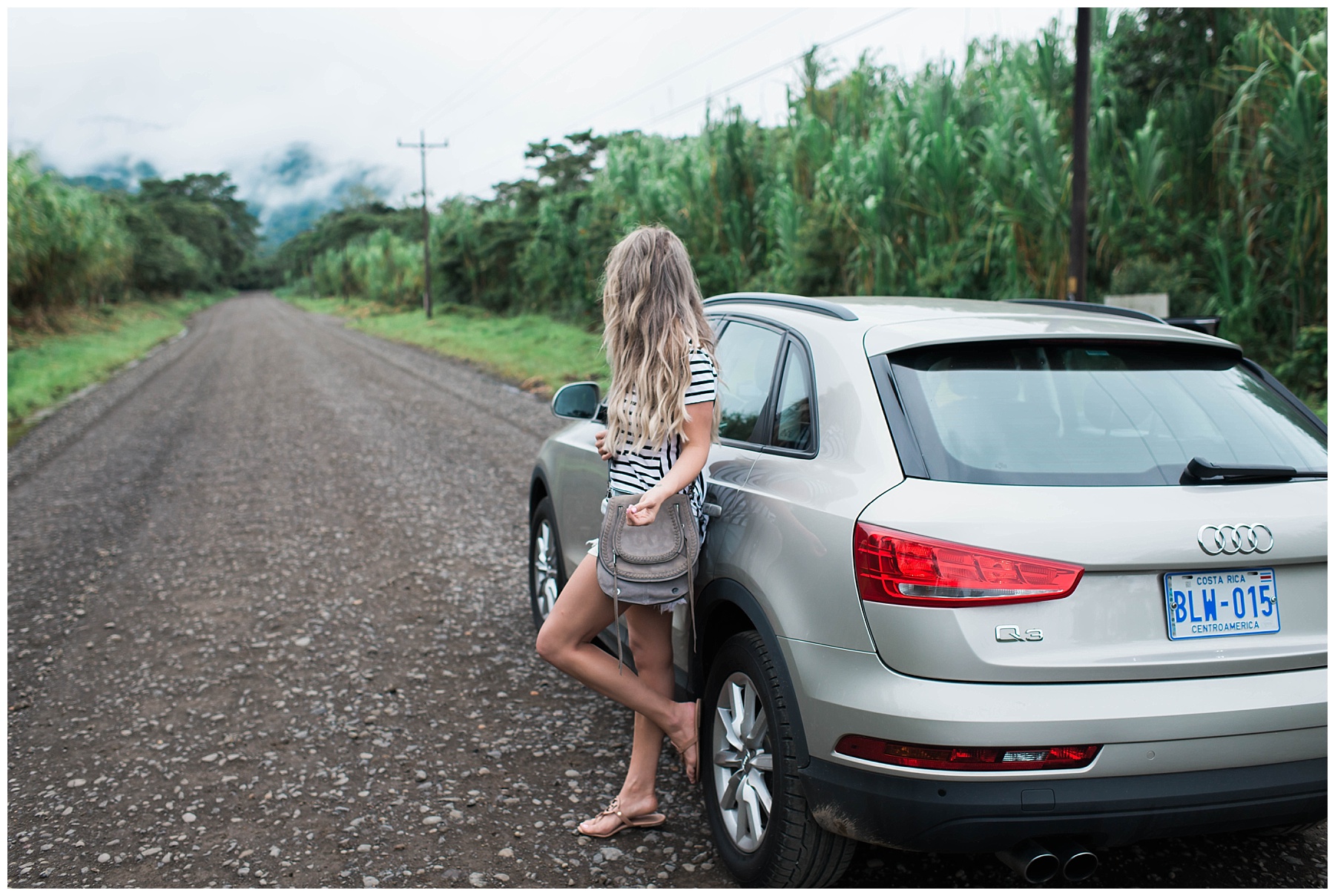 I really wanted to see some of Costa Rica’s natural beauty, so we decided to head to La Fortuna Waterfall and then see Arenal Volcano . The drive there took us way up into the mountains and it was beautiful! 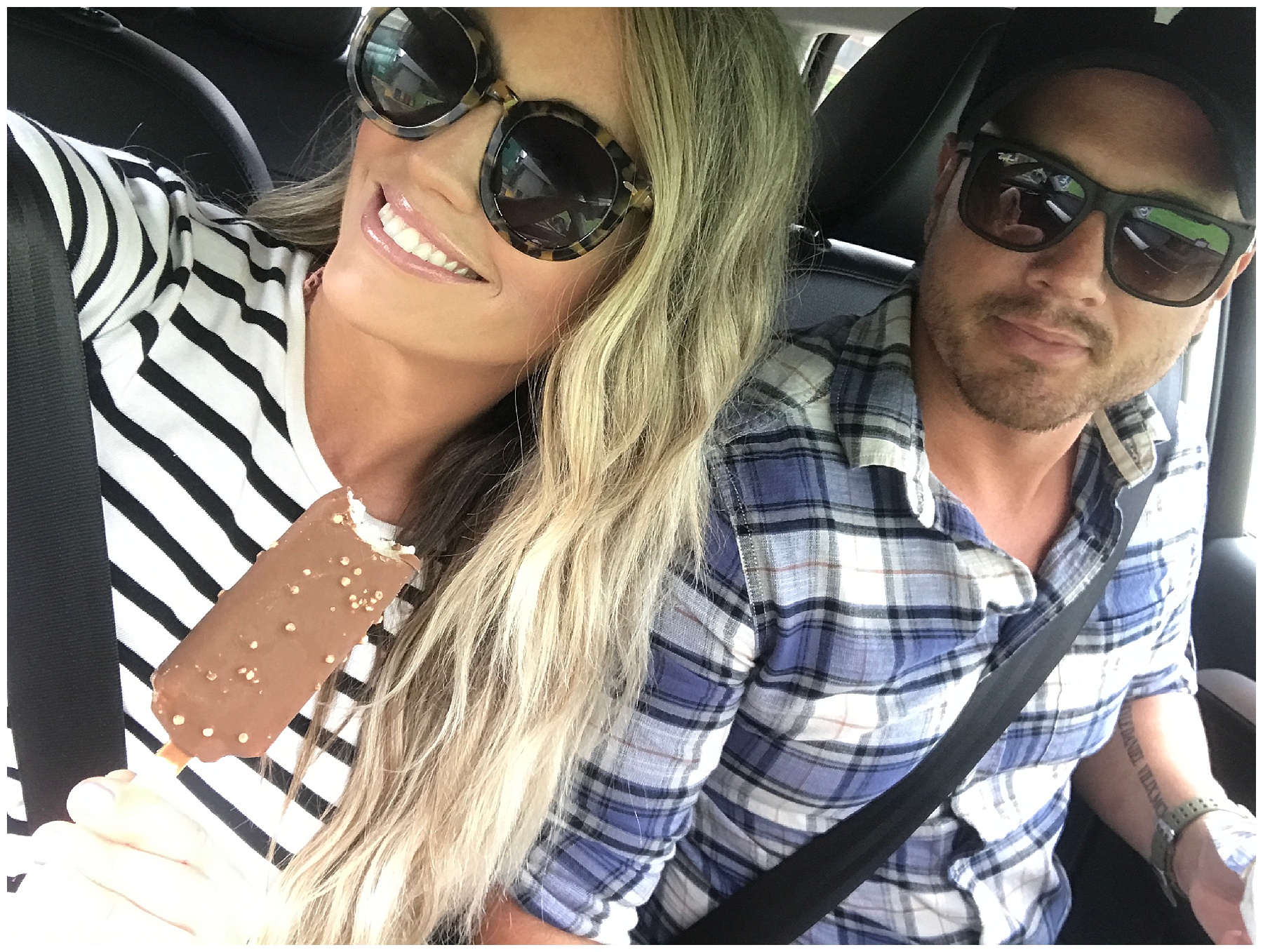 Google Maps said it would take us about two hours to get there, but it ended up being more like three. The roads were super narrow and windy and completely blocked in some spots due to mudslides. Plus we kept getting stuck behind these giant farm trucks that were impossible to pass. We weren’t in a hurry though so we really didn’t mind.

When we got there, we met up with my sweet friend Vinia for lunch. I used to nanny for her and her sister when I was in High School and now she’s in college and studying Spanish in Costa Rica! It was so fun to get to catch up with her, and she decided to come hike with Kent and I to the waterfall.

*Insert picture of Vinia here.* I forgot to save the one I took on snapchat. 🙁 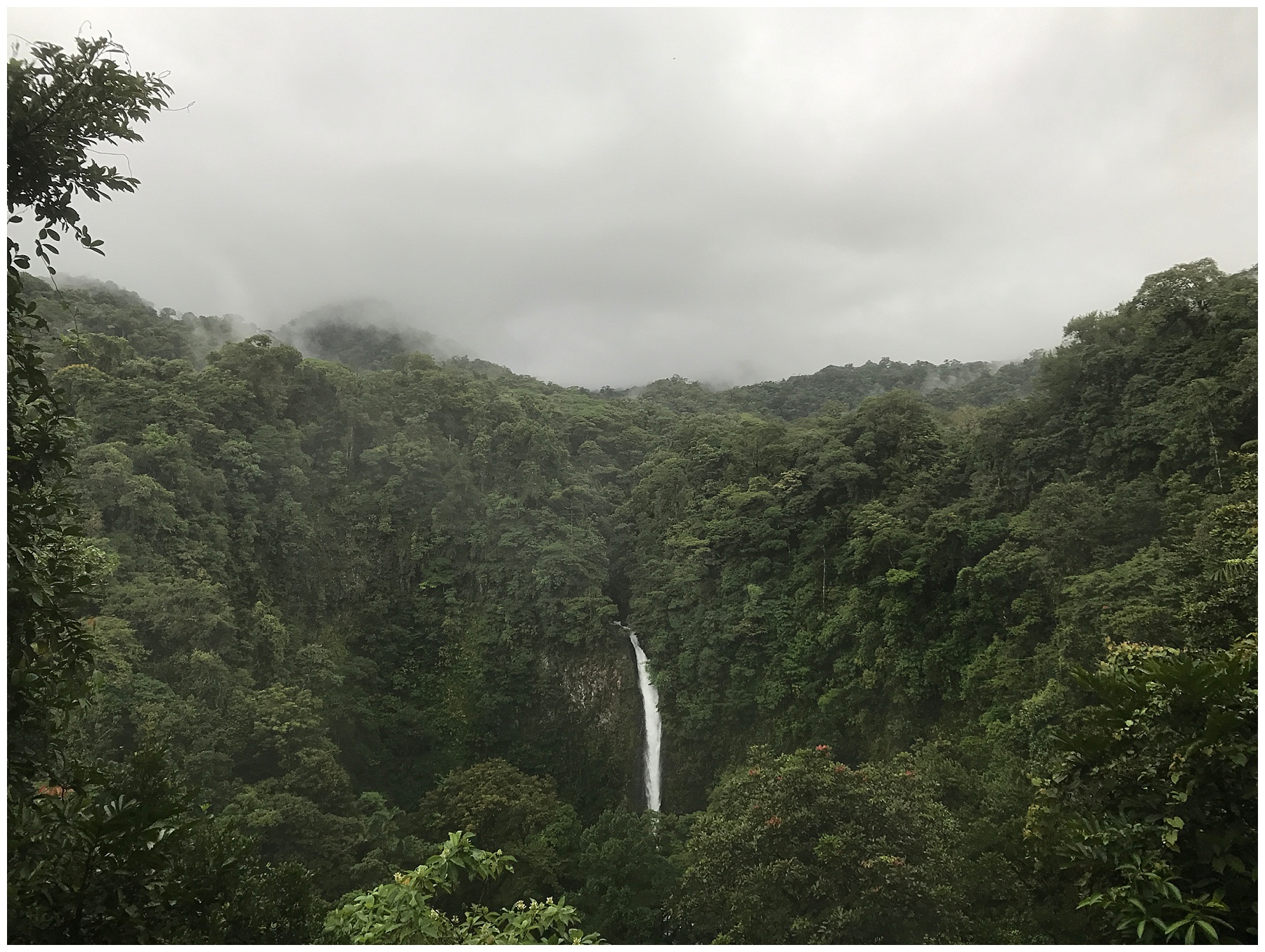 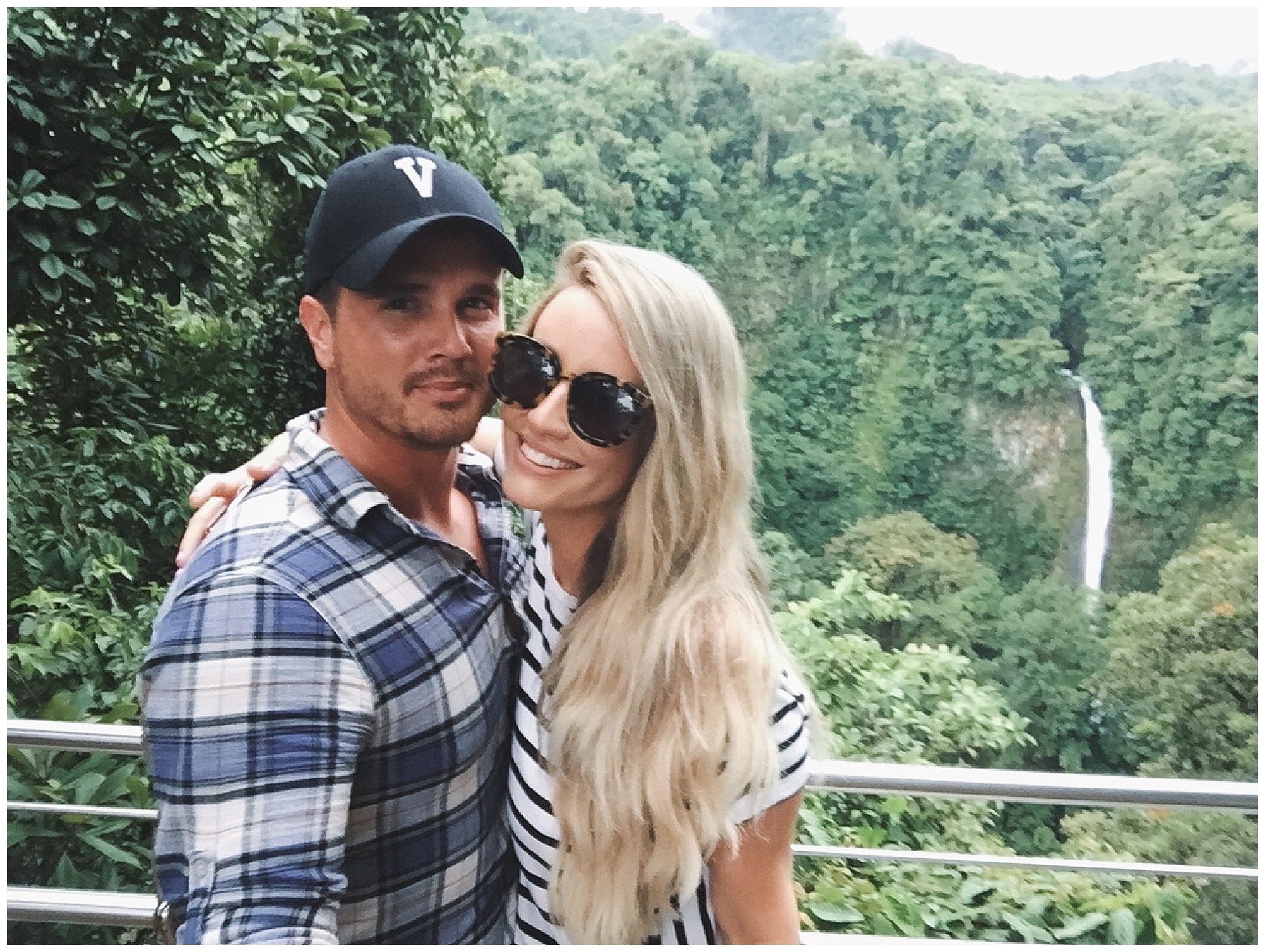 Hiking down for a closer look. 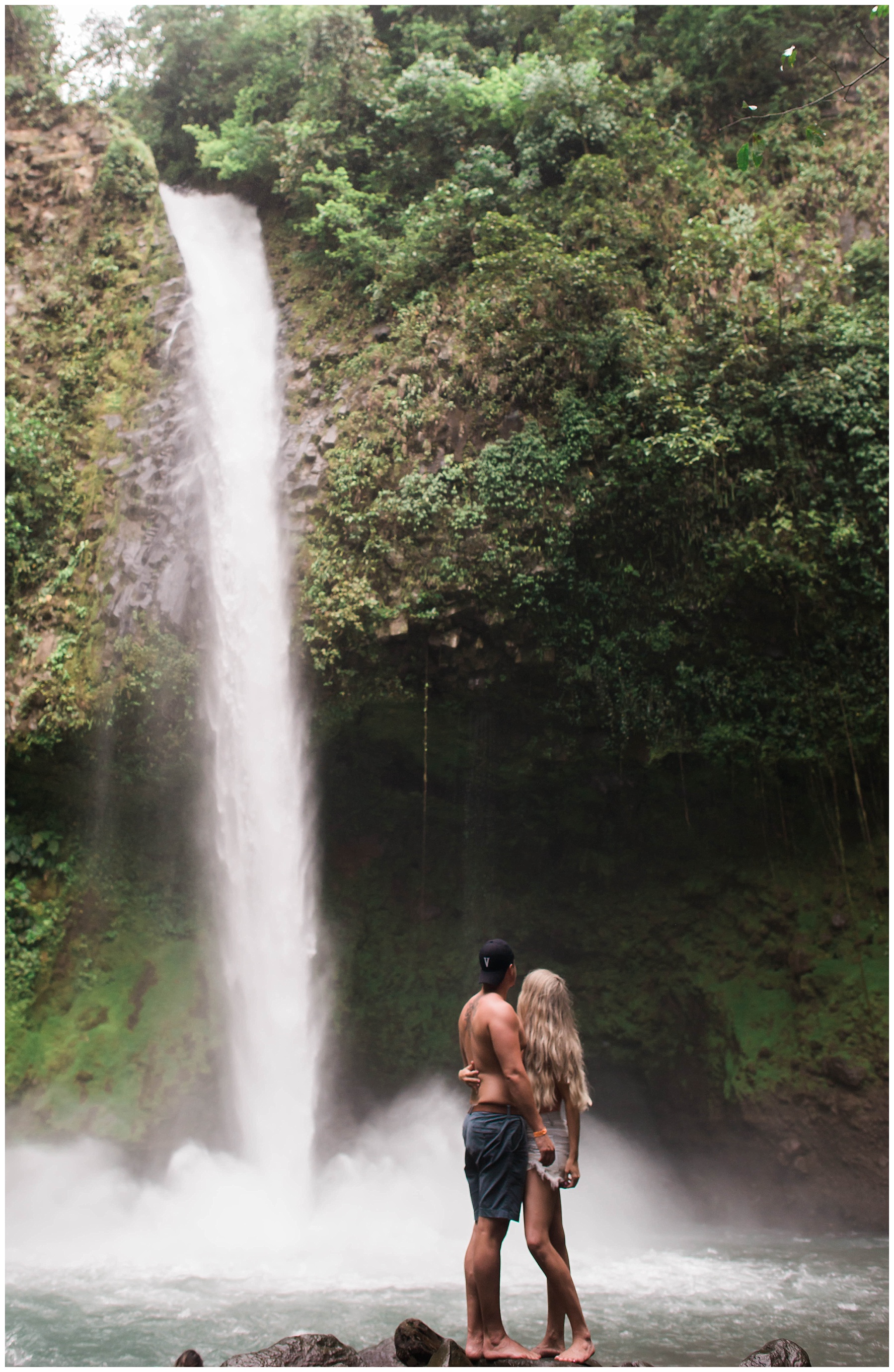 My legs look freakishly long and skinny in this picture and I’m very OK with it. Vinia is officially hired as my new blog photographer. 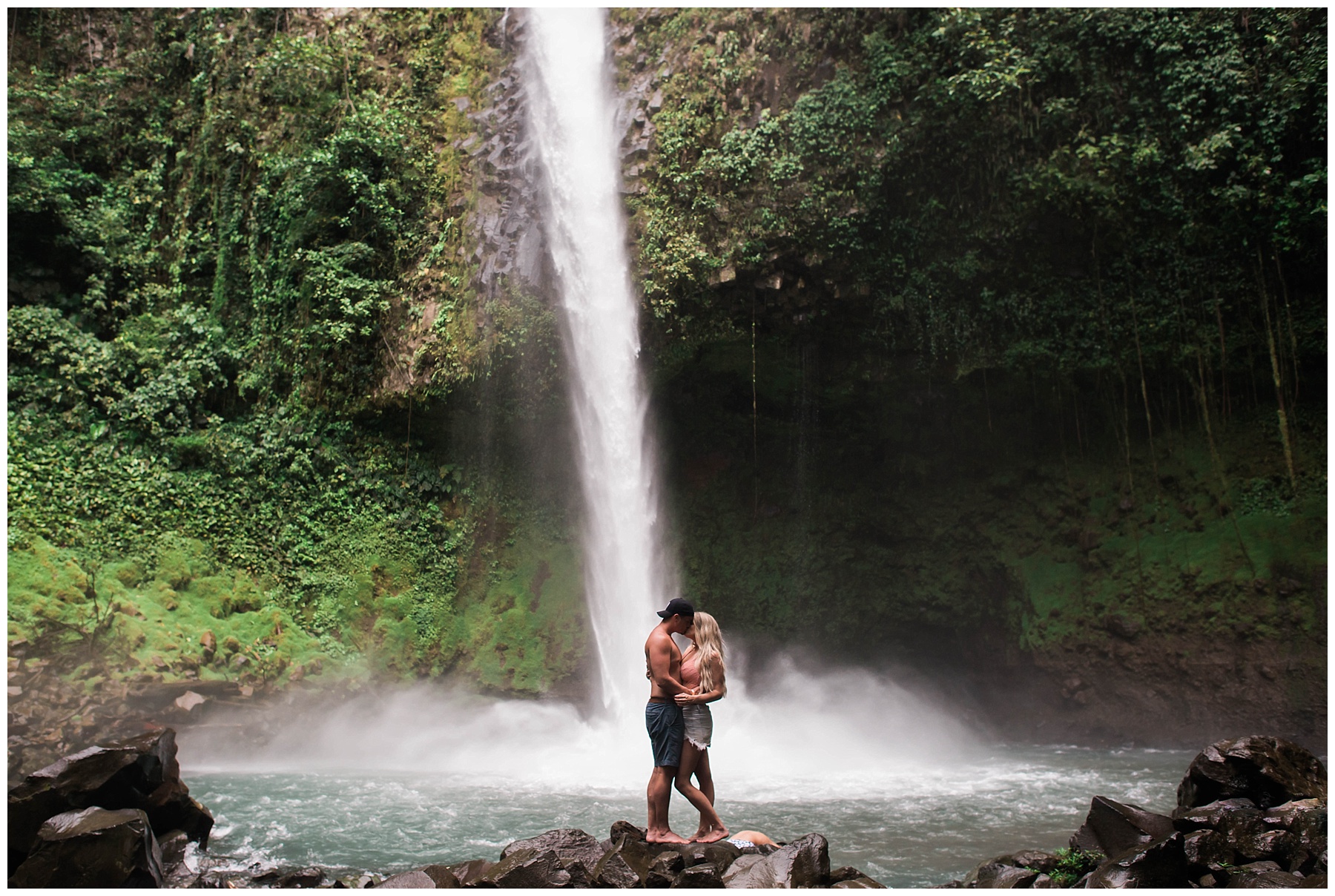 La Fortuna was hands down the prettiest waterfall I’ve ever seen. It is HUGE! Pictures definitely don’t do it justice at all. It’s one of those things you just have to see/experience in real life. We took Vinia back to her hotel after that and the patio on the back of her hotel had the most AMAZING view of the Arenal Volcano! We were there at sunset which made it even better. This is just a cell phone picture but it’s completely un-edited. How gorgeous is this sky?! It looked like a painting or a fake backdrop of some kind. The colors were so vibrant it didn’t even look real. 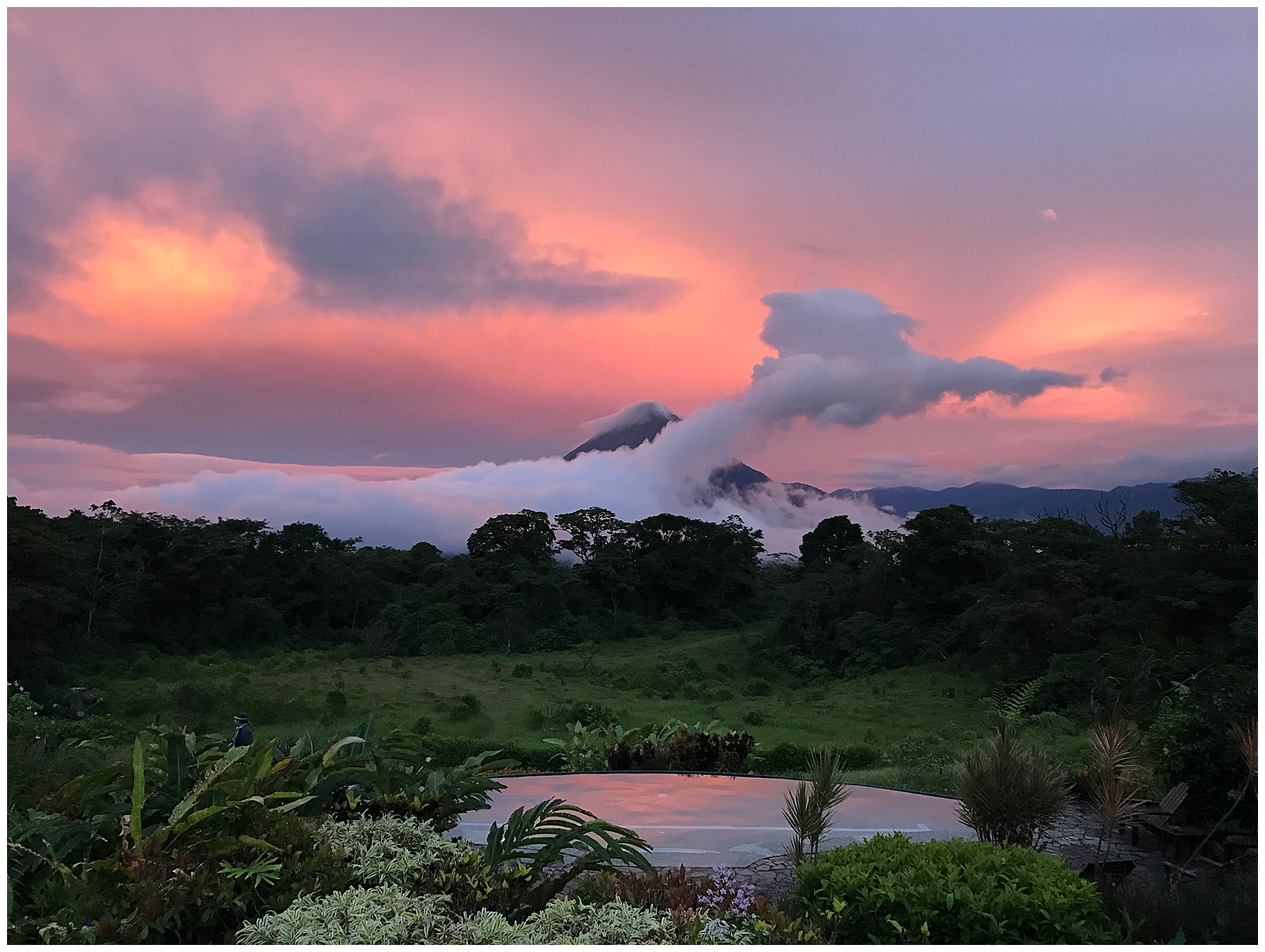 These little treefrogs were taking in the sunset with us. Aren’t they CUTE?! 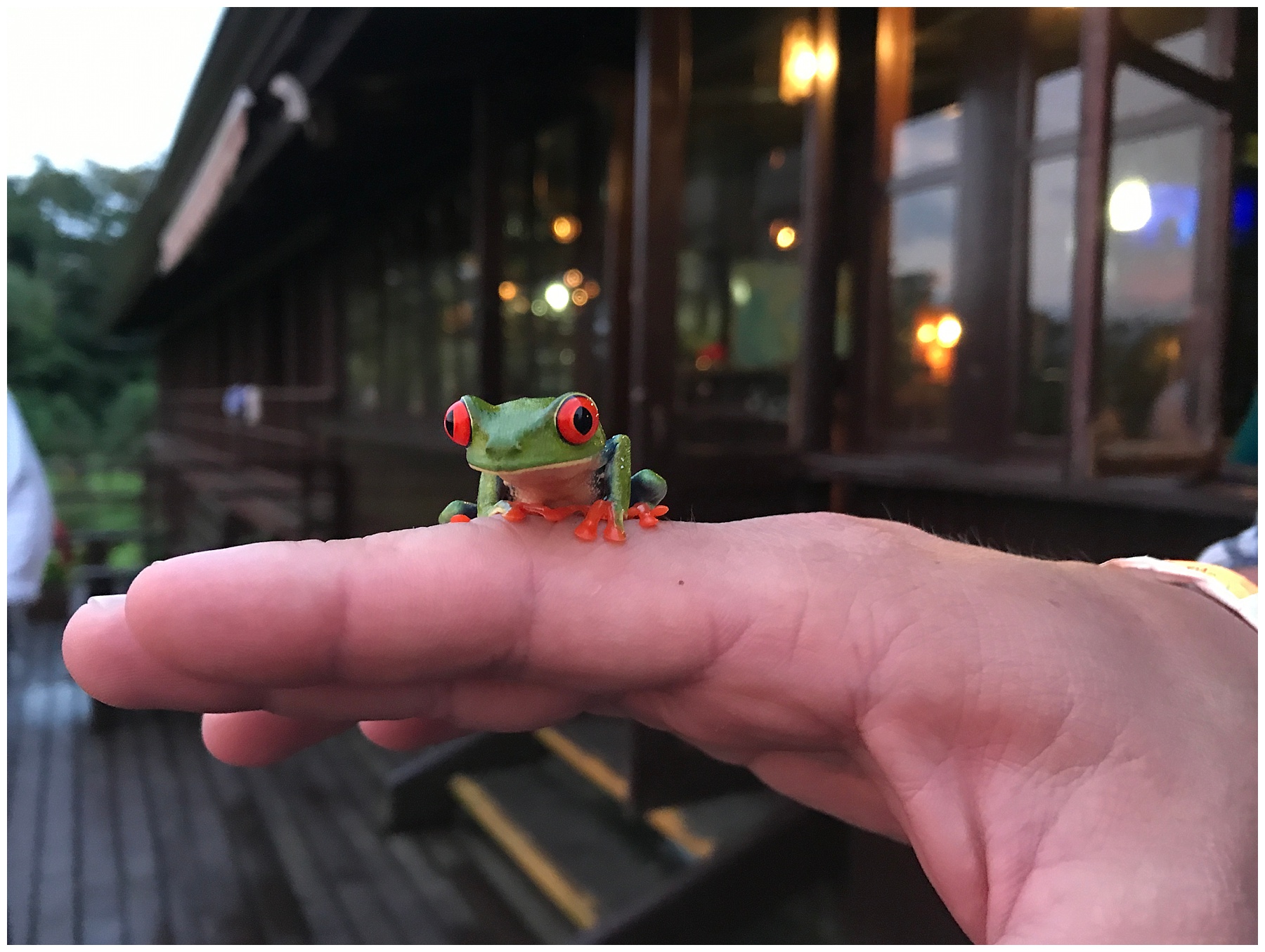 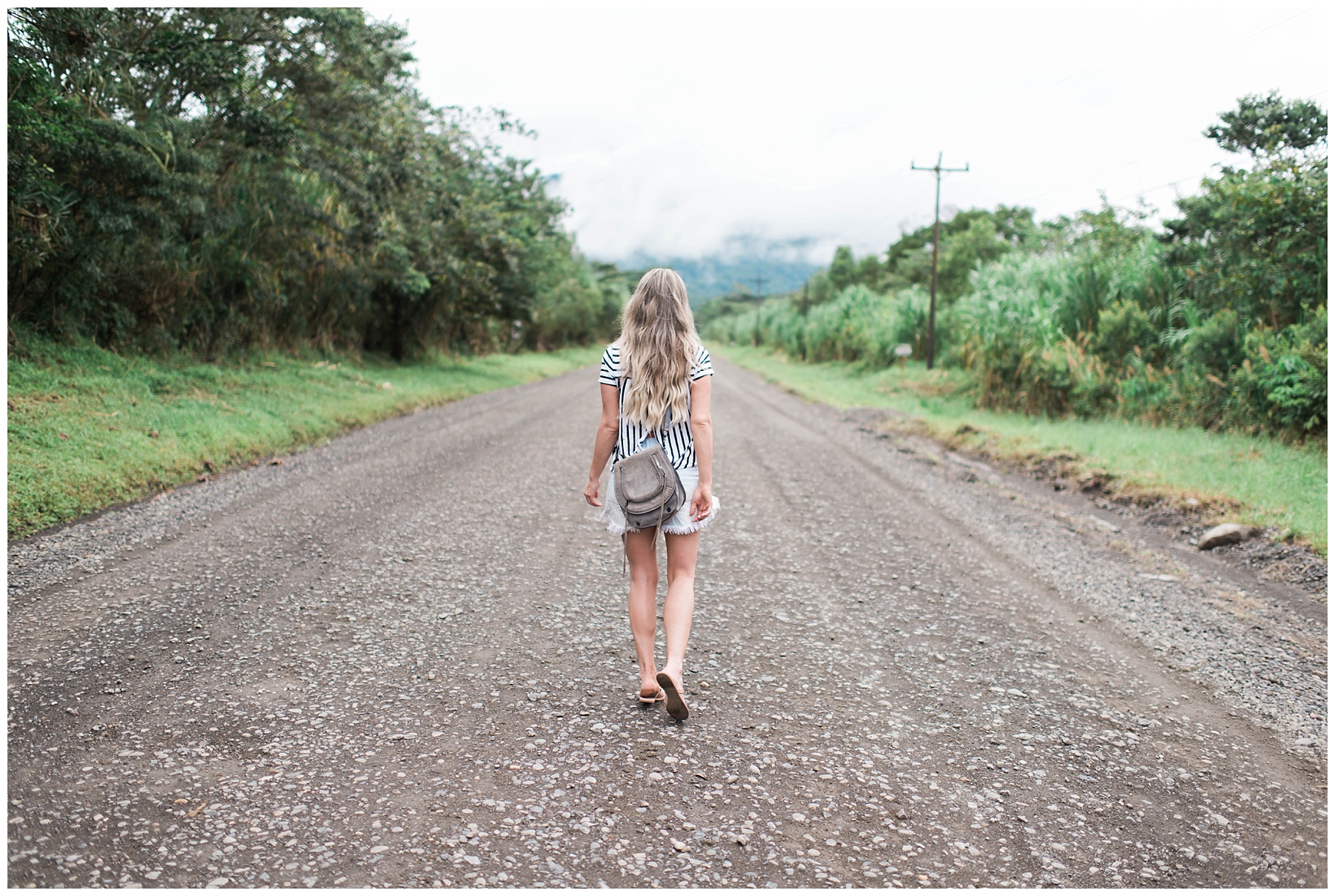 Despite how this picture looks, I did not walk back to the hotel. We ended up heading back after dark which I do NOT recommend. Kent is a good driver and he was completely unfazed, but it was pitch black out there and I HATED being on those narrow, windy roads in the dark. *insert Grandma emoji here*

We had such a fun day exploring though. We had only planned on renting our car for one day but we had such a good time that we decided to keep it and go out again the next day. I’ll post those pictures later this week!

Both my striped tee and my swimsuit in this post are currently on sale so don’t miss them!

I hope you’re all having a relaxing Sunday!
Xo,
Sarah

Fourth of July in Chicago